Well here I am 4 months after my last blog about creating a mid century inspired garden, and by god has it been an uphill struggle.  It would be ace at this stage to be able to upload loads of pictures of my effortlessly cool, well landscaped and inspirational outside living space, but frankly I suspect I’m at least one year away from that.  So, instead I thought I would show you a before and after of the current situation out there!

When we first purchased last October, the house had been a set of bedsits which had laid empty for some time so in terms of landscaping or established plant stock we were basically at page 1 of an empty book.

The rear side of the house had a feral concrete garage with asbestos roof, and what would be a garden had been covered in asphalt to create a car park.  Nice! 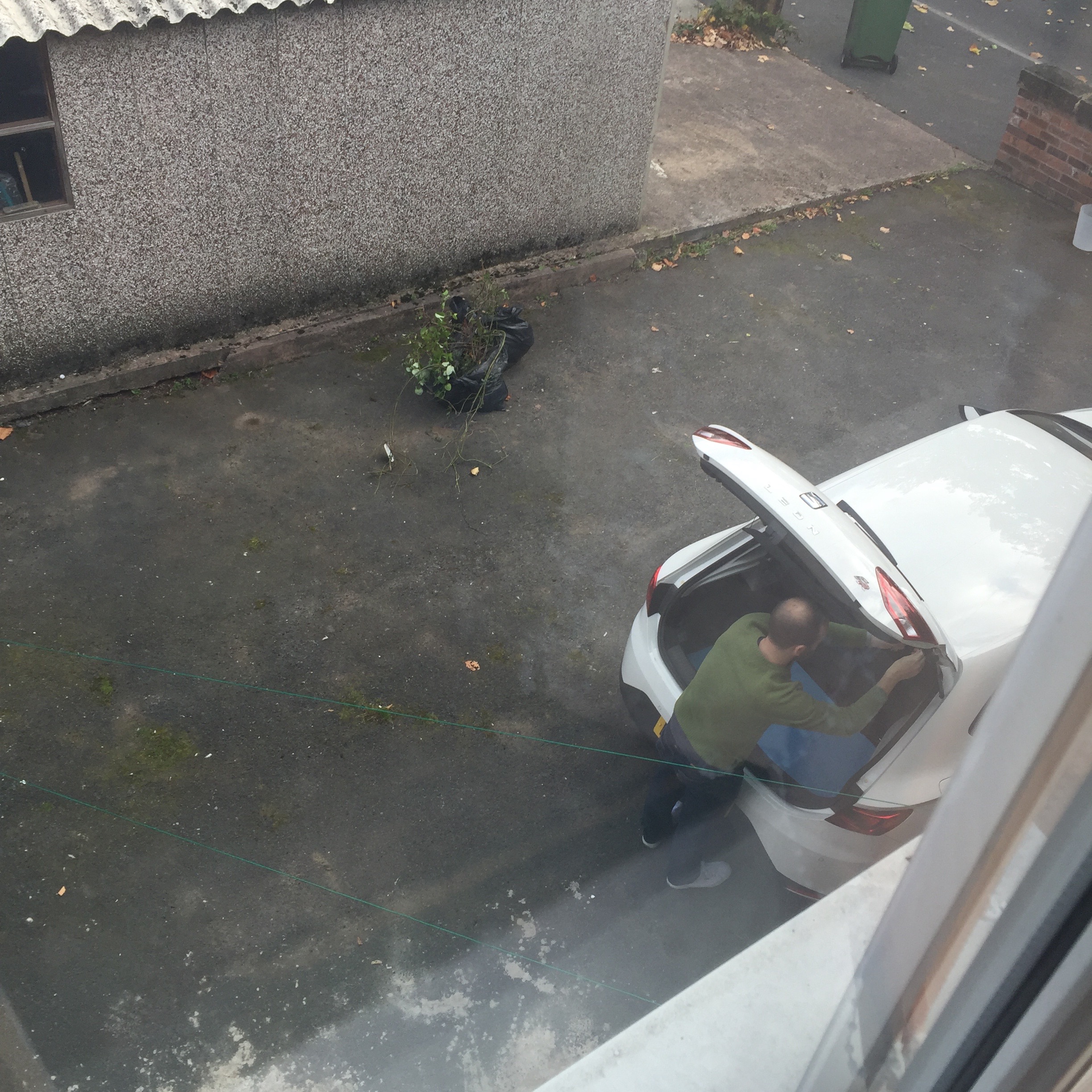 Where do you start with this?   Well stage 1 was to create a space directly outside our new kitchen patio doors (so as to stop ourselves from falling out of the house every time we stepped out)

Really this is still at stage one, it is yet to have a slanted timber roof attached from which I plan to hang a wicker chair.  This area works well for herb and tomato growing I have found. I think Id like to go several shades darker on the flooring here to get a better match to the bamboo floor in the kitchen. But it’s a good start I think. 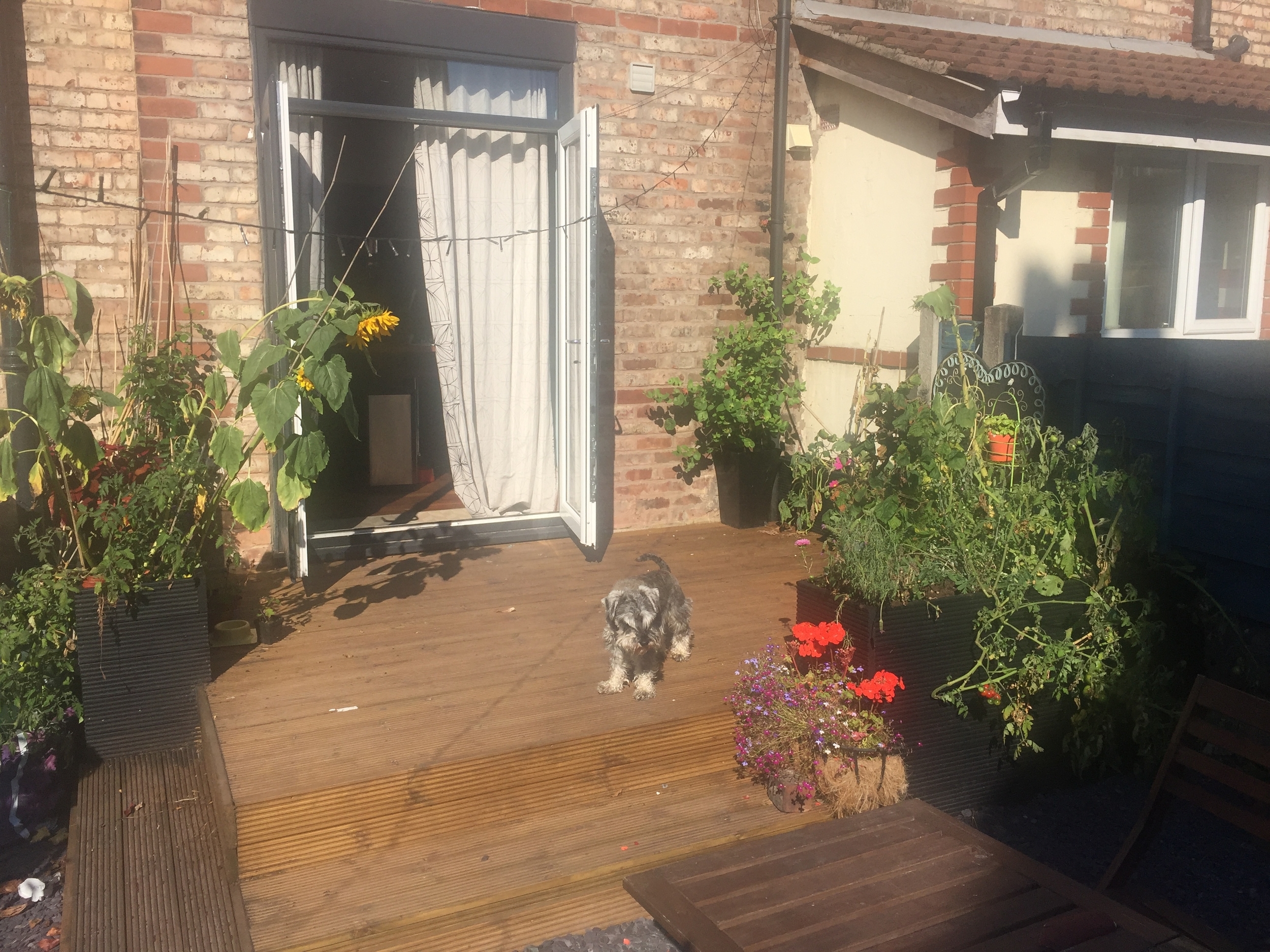 Stage two was to create some kind of vegetable growing area, for which the location was determined by the patterns of the sun.  For this reason I have placed it to the right of the front door.  Again I have painted the planters blue black as part of a plan to keep the area as monochrome as possible in terms of structures.  Incidentally can you spot the repurposed bed base?  All the other planters were made out of disused crates.  Literally this area cost me just over £30 to make.

Stage three was the removal of the garage, which we have put together into a snappy little video for you.  This was a bit of a landmark occasion for us and will now allow us to go ahead and put up the boundary fence.  In an ideal world I would like a skimmed wall to surround the area, but realistically this won’t be feasible and so we’ll be going for a 6ft feather edged fence possibly also painted blue back.

After the fence, I’ll be focusing on creating an outside dining space using the existing foundations of the garage area, which now looks like this. 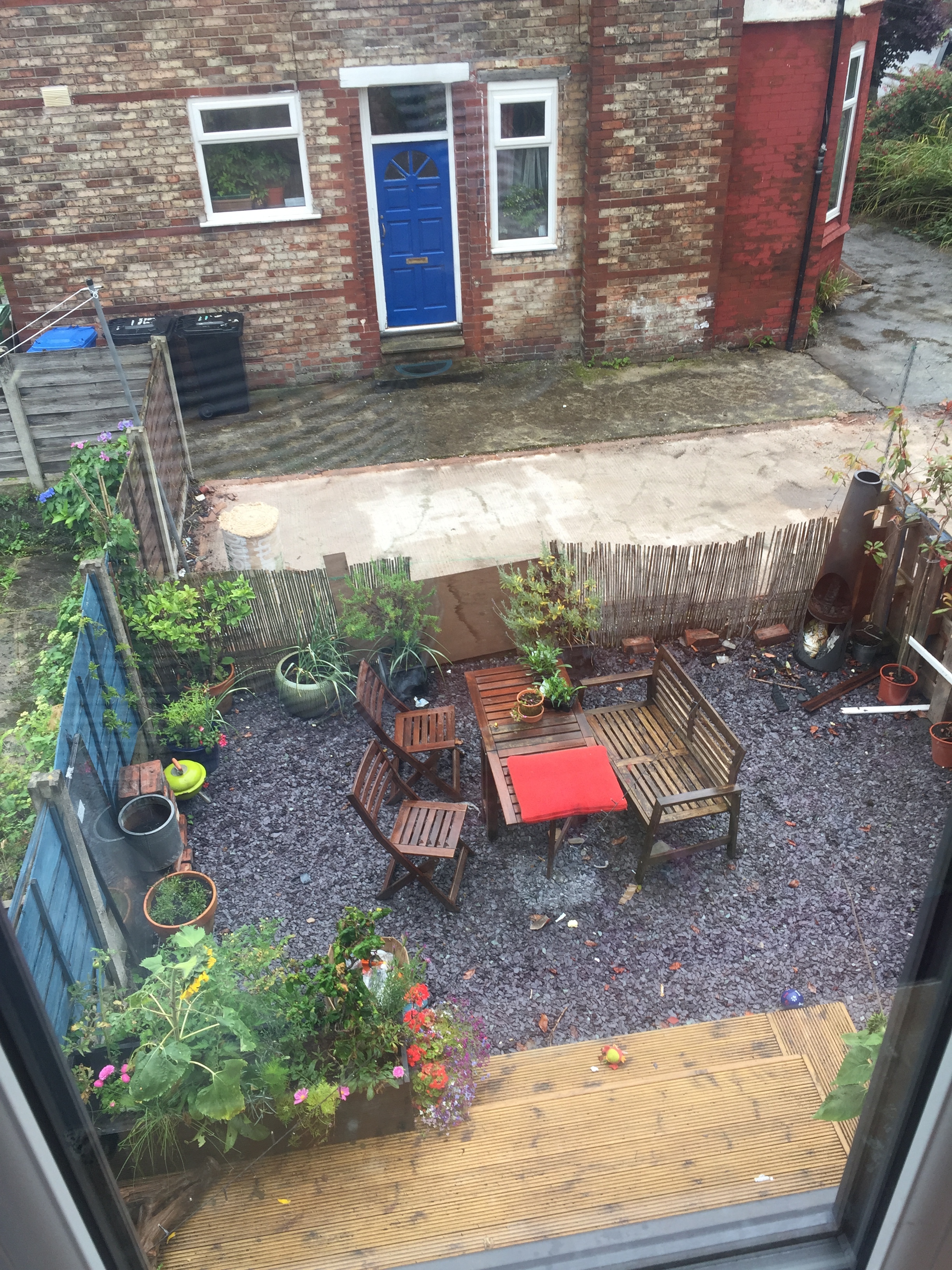 It’s a long road, I’m just trying to focus on building capacity for those mid century lines and curves that I have in my minds eye.

Thoughts and opinions are always welcome!