So we are 6 months in to a house restoration and we’ve about finished the interior now which originally filled me with a great sense of relief and pride, but then sounded the alarm that there is another 1000 square meters of hell awaiting us on the other side of our patio and front doors.  It’s time for the ‘garden’.  I use inverted commas because what we currently have in place of a nice outdoor space, is extreme amounts of tarmac, followed by an asbestos roofed concrete garage and some very questionable grass at the front.  This ain’t gonna be easy.  Especially when you consider that I would like the whole finished product to have a mid century flavour to it.

The main issue that I have discovered is that there isn’t much out there in terms of well preserved mid century pieces, which I guess makes sense as more so than anything else of the era they would have been ravaged by the hands of time.  So this is one of those occasions where I have had to start looking towards modern reproductions, or pieces that have been influenced by mid century design.  I’d love to hear your thoughts though, and see what you have done – please comment!

Ideally I’d love to get a hold of one of these egg suspended chairs.  What could be cooler than bobbing around in the shade with a glass o’ red in this Franco Albini influenced rattan chair? 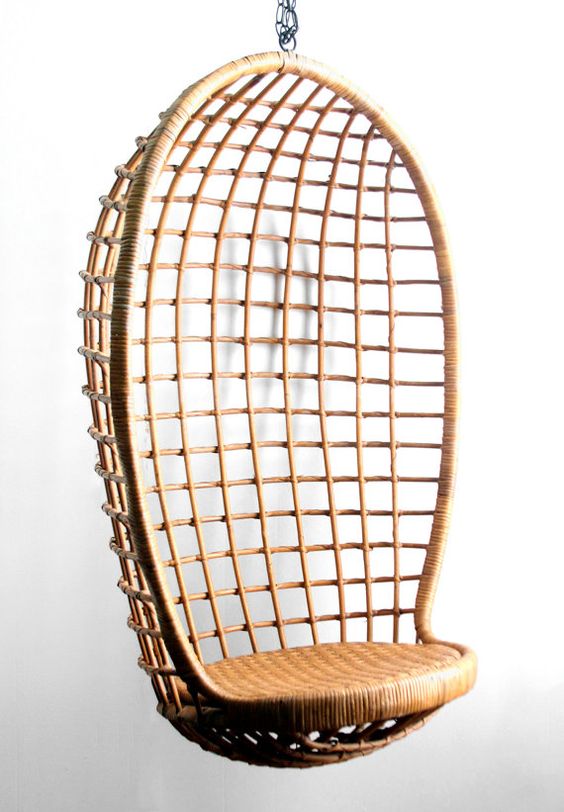 Realistically they don’t come cheap when they are available, and also I’d feel bad having it outside where it would inevitably suffer from the elements.  So what’s about that I can use instead?  Well at £249.95, the Hanging Lot Chair isn’t the cheapest out there, but it’s certainly is very easy on the eye. 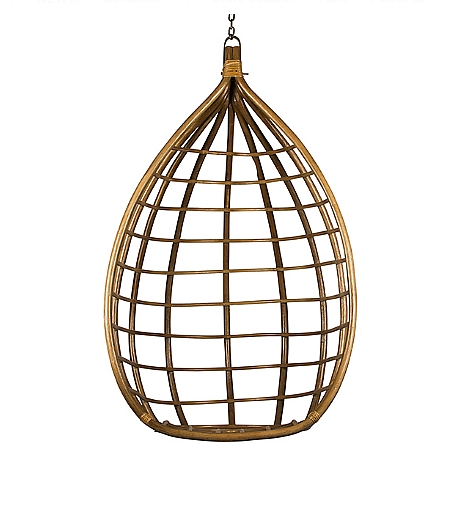 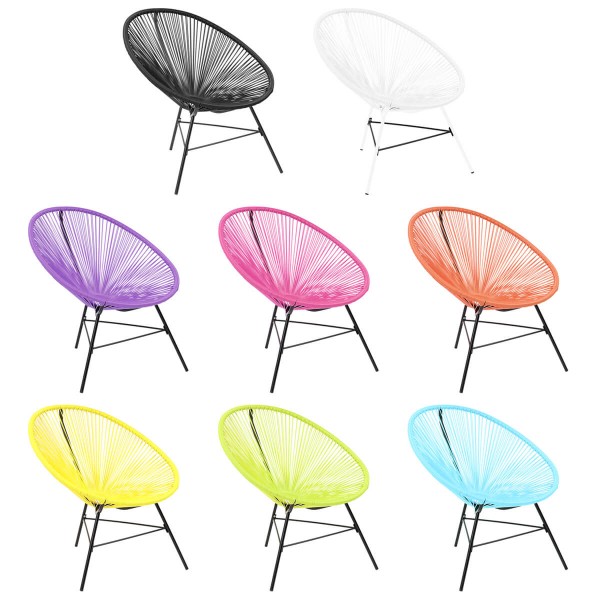 They come in a range of colours and look like they’re relatively well made. At just under £60 a chair, they’re not the cheapest out there, but perhaps it’s worthwhile investing in a good set that will brighten up your outside area even in the crappy winter months.

There is a lot of talk at the moment about restaurants in California resurrecting the mid century breeze blocks to decorate their interiors with.  I’d like to have some kind of architectural element to my area, and I really love the idea of recreating something along the lines of this timber screen just to define the vegetable growing area from the lawn. 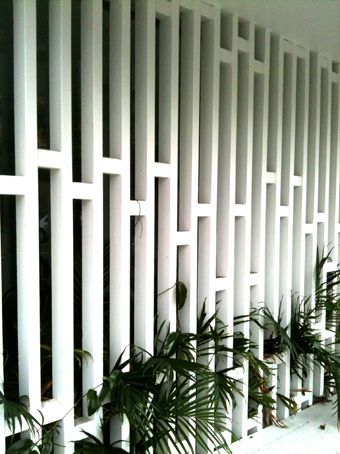 Everyone loves a good fire to crowd round as the evening draws in.  The ideal?  That’s a no brainer clearly with the Malm fireplace winning hands down every time.  Sadly, I do not have thousands of pounds to dedicate to owning one, and if I did – I would not be leaving it around outside. I would take it to bed with me every night, and cuddle it to sleep.  So, instead at a far more cost effective £147 the Cone Chiminea from Made o’ Metal still offers that structured look and a centre piece to ground your garden furniture. 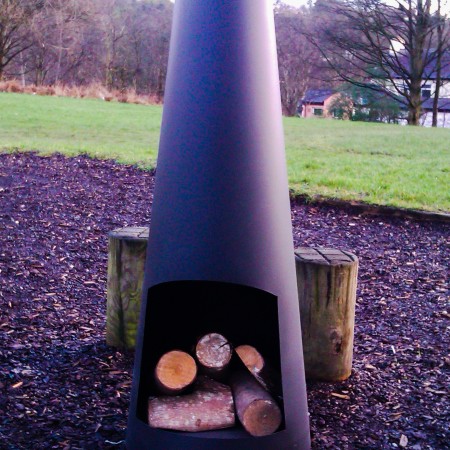 Decent planters are a really difficult thing to get a hold of, and I’m not really a massive fan of planting into the ground – I like to have as much control as I can over slug attacks!  For this reason I am going to go for a mixture of wooden raised beds alongside some accent planters for bursts of mixed media.  Clean, architectural lines were the order of the day back in the 1950’s and pieces such as the Fresco by Iota Garden offer just that. 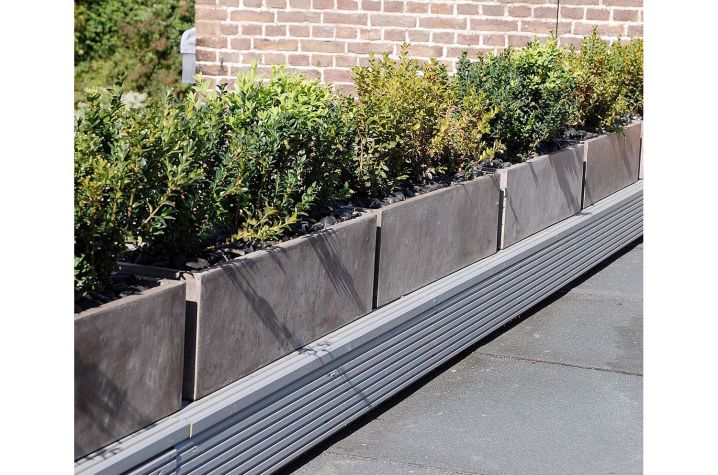 As always, it would be great to hear what your thoughts are on creating a mid century themed outdoor space. I’ll be following up with a blog on what plants to go for next, so any advice is always welcomed!