Spring is around the corner, or so I tell myself every day when I open the curtains and am greeted by yet more cold and drizzle.  I’ve been busy planting oodles of seeds from an array of sunflowers, gazanias and lobelia to the fodder for our newly erected poly tunnel.  Courgettes, 6 varieties of tomatoes, cucumbers, two types of peas, broad beans, cayenne, bell peppers, sweetcorn, coriander, spinach and rocket will start us off this year.

Effectively however I suspect that the attention I have been spending on the poly tunnel has in part been due to my ambivalence over getting the structure of our mid century inspired garden right. If you haven’t been following the blog, we are basically creating a garden out of what was a tarmac car park. However, after some further work on decking this past weekend, and in-depth discussions over time, I think I’ve cracked it finally.

It felt really to me like there was always some key aspect to my plans missing in the designs I was coming up with for our garden and I think this was reflected in the height that I was hoping to achieve though the planting that I aimed to have.  Standing back from the project with fresh eyes over the winter season it became clear that actually we have an opportunity to create quite a striking architectural feature along the rear end of the garden.

This will have several different functions, firstly it will bring together the three distinct areas that have been created and guide you through the design in stages, but also it will provide that consistency to the look of the area as the seasons change and the bountiful summer gives way to the barren land that winter provides.  This structure aims to clearly define each area against the back wall almost as a distinct room, but then also from a distance speak a language that tips the cap in a very humble way towards the Huf Haus or the work of Miles van Der Rohe.

At 10 metres in length by 3 in depth, it’s not going to be a diminutive structure, and adding to this that I plan to paint the entire thing black this is the kind of thing that will either make or break the design. EEEK!

Currently this is where the garden stands in terms of progress. 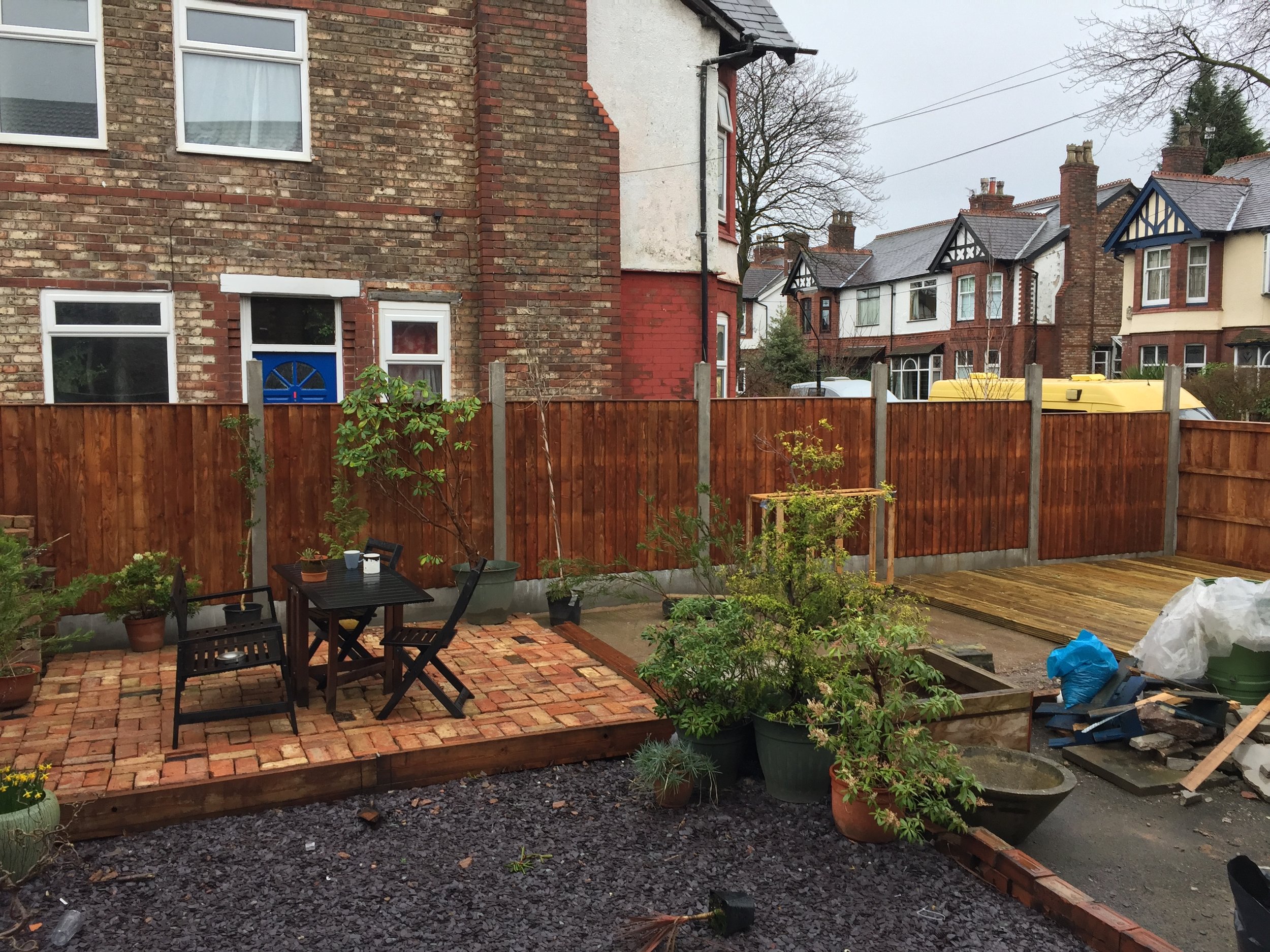 The new decking that was laid over the weekend will be treated but remain pretty much the shade that it currently is. 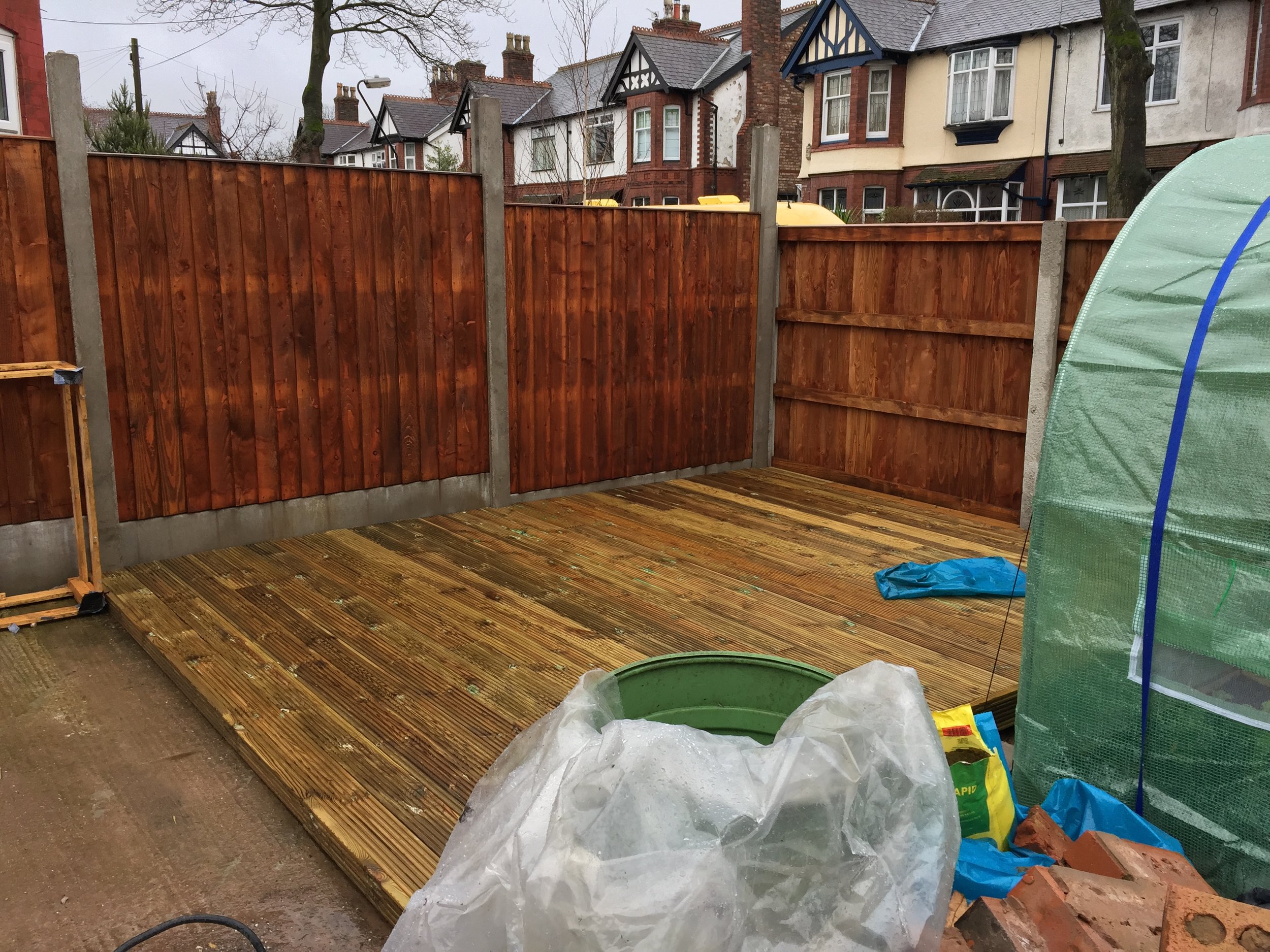 This area will have a hanging chair, like the one available in our online store currently and this bargainous set of garden furniture available now in Asda, U.K. for under £90.00 in the teal blue. 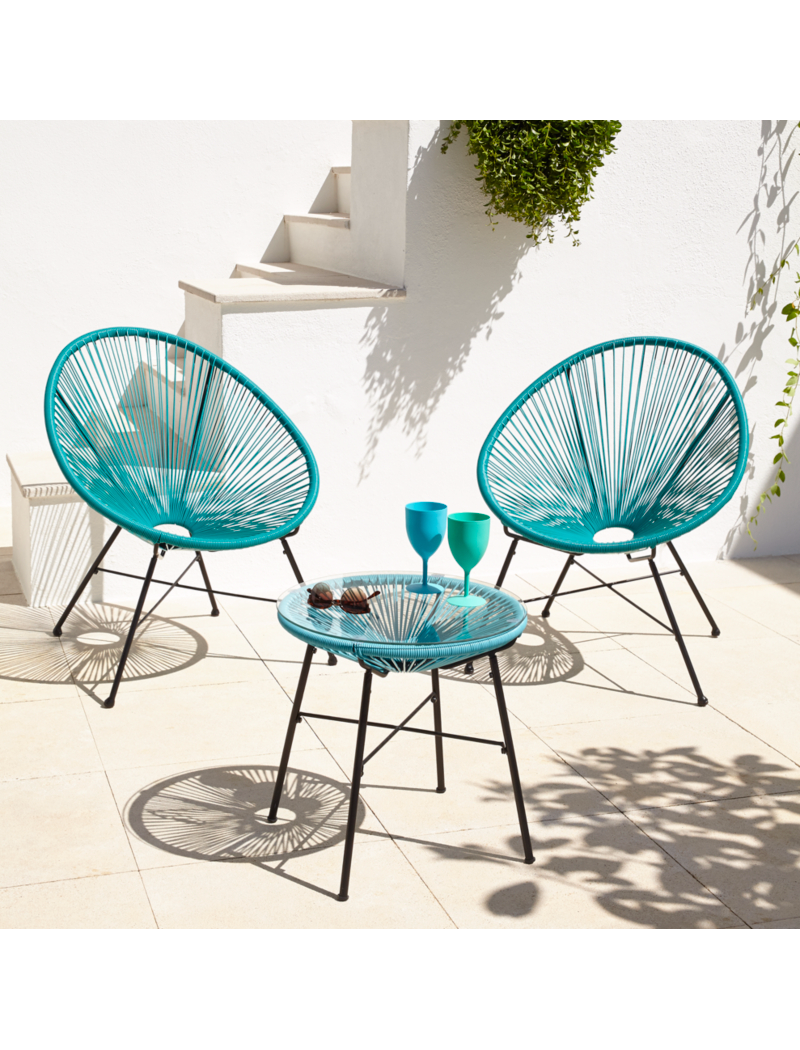 The central area will have a 3 metre long waist height herb planter along the boundary wall with either white pebbles on the floor or potentially a tiled area.  In front of this the plan is to place a water feature of some description, but the court’s still out on that one!

The dining area is all but complete now, although still requires the brickwork to be secured.  The bricks you see here are actually the ones I salvaged from the removal of our dining room wall.

So what will this towering mega structure look like that effectively will house our social area, well similar in style and feel to this. 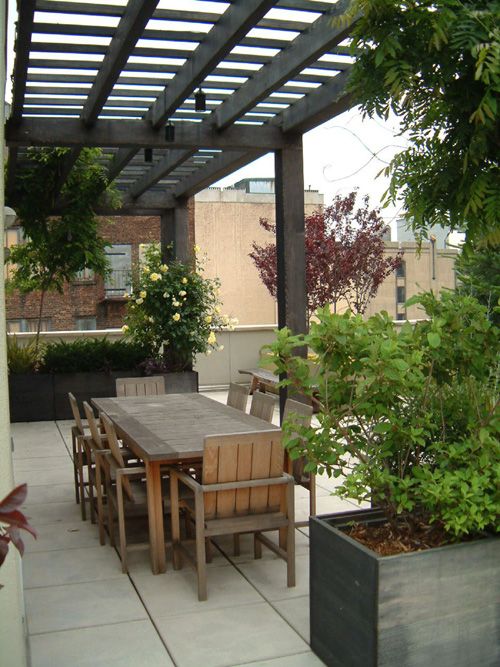 Quite a minimalist pergola using a chunky enough timber that the over all sense is of strength but not so much as to over power the delicacy of the Wisteria and grape vine that will eventually meander their way across it. 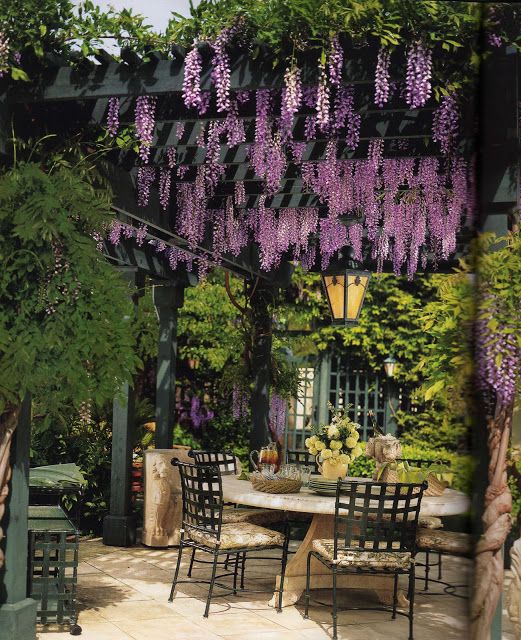 The final design of this structure is in negotiation, however I aim for it to be in place ideally by April in order to also create the lawn area where you can currently see rubble and the poly tunnel (which will be repositioned to the side of the property).

Alongside the plans I have for this structure, I’m finding one other key area of tension and that’s sourcing aesthetically pleasing minimalist, reasonably priced, planters.  Big planters that can host my Gunnera Manicata, Banana Tree and Alocasia Calidora.  So far I have turned my attention elsewhere in order to source suitable vessels and this includes salvaging a pallet tub and a bed frame both of which I hope to clad in sheet metal. I’ll look further into my progress with these in future blogs.

As always your comments are very much welcomed.